Contesting an IRS Decision in an Independent Forum

In general, the IRS doesn’t like to be questioned. While the tax code is a behemoth of a document and it is virtually impossible for anyone to fully understand every aspect of taxation in the United States, the IRS still likes to cling to the notion that it is correct in all circumstances, even when there is sufficient evidence to the contrary. As such, appealing a decision made by the IRS isn’t always easy – but it is certainly possible. Section 7803(a)(3) of the Internal Revenue Code allows for a Taxpayer Bill of Rights (TBOR) and 7803(a)(3)(E) specifically permits the right to appeal an IRS decision in an independent forum. In theory, this results in a fair and unbiased method in which to dispute decisions and penalties, leading to a reasonable answer not influenced by the IRS itself. 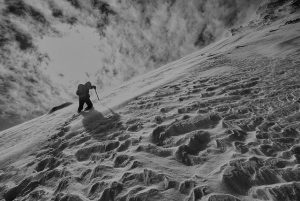 This, of course, often works better in theory than in practice, but an understanding of best practices can certainly make a difference in ensuring the voice of the taxpayer is heard, rather than summarily ignored.

An Overview of the Appeals Process

Appeals is the name of the administrative forum used in cases of IRS compliance actions. Focused primarily on alternate dispute resolution versus litigation, this process intends to create simple and more streamlined alternatives to taking a tax case to court in a way that benefits both the taxpayer and the IRS. These meetings tend to be rather informal, providing a more comfortable environment than the intimidation factor that can occur in a formal court hearing.

There are several policies that govern the Appeals process, including an acknowledgment that Appeals must adhere to the law and that an Appeals representative must work to be as impartial as possible while still sticking to the tax code in determining a correct tax liability. Further, these rules go on to state that fair weight will be given to an opposing view provided it has merit in light of the hazards that may exist if a case is brought to court. However, no settlement will be reached on the basis of litigation being a nuisance to either party (so don’t think you can annoy the IRS into taking a settlement it doesn’t agree with).

Appeals works in large part because it operates independently from IRS compliance functions, meaning that Appeals Officers have the authority to operate without worrying about the bureaucratic nonsense that is often related to the inner workings of government offices. An Appeals Officer is appointed to each taxpayer’s case, and Appeals Officers who have previously dealt with matters related to the taxpayer’s situation are not permitted to take part in the process. Each specific function of Appeals has its own unique rules and regulations, which generally include Appeals Judicial Approach and Culture (AJAC) rules and the prohibition of ex parte communication between Appeals Officers and other members of the IRS.

For those entering the Appeals process, it’s important to understand the jurisdiction of each dispute resolution option. These are as follows:

This function of Appeals handles cases that originate in the Collection Division, and include functions like:

This Appeals function handles all non-docket and docket cases that originate from IRS investigations, including those that are derived from Form 12203, Request for Appeals Review.

The Specialized Examination Programs and Referrals Function of Appeals is somewhat of a catch-all for other issues that don’t fall into the above areas of administration, including innocent spouse, tax computations, international issues, TEFRA, and penalty appeals.

As much as the IRS likes forcefully asserting its position and hoping taxpayers acquiesce, some of the letters and notices sent to taxpayers dealing with complex tax issues actually offer the opportunity to enter into the Appeals process. It is important to note that one of these letters isn’t a requirement of an Appeal; instead, this is more of a polite gesture offered by the IRS for taxpayers already in the trenches. In reality, taxpayers can Appeal most IRS determinations, regardless of circumstances and official communication.

One of the main reasons for an Appeal is, of course, the collection of taxes the IRS has determined that a taxpayer owes. When this occurs, the IRS sends a letter informing the taxpayer of his obligation to pay. And, if payment doesn’t follow promptly, more letters find their way in the mail, becoming more and more urgent in the demand for payment. The general order is as follows:

Taxpayers who wish to contest the collection amount or grounds outlined in a letter or notice must file Form 12513, Request for A Collection Due Process Hearing within 30 days of the date on the letter. If a Collection Due hearing isn’t possible, a Collection Appeal may be. If an Installment Agreement or Offer in Compromise regarding a requested payment is rejected, taxpayers also have 30 days to request an independent review by filing Form 13711, Request for Appeal of Offer in Compromise.

The IRS performs examinations of various types and intensities, from simple computer-determined matching errors to full-blown audits. And, as with most IRS endeavors, this communication is accompanied by a letter or notice informing the taxpayer of their unfortunate errors – or otherwise raising awareness to mistakes made by the IRS. These letters are sent before a notice of deficiency, providing the taxpayer with time to make a case against what the IRS is requesting.

These notices are as follows, in no particular order of severity:

After receiving any of these letters, taxpayers have just 30 days to file a response or appeal. Some, like CP 2000, can be answered with a simple letter in response but the more formal Form 12203, Request for Appeals Review is suggested for those hoping to push the envelope a little further.

For those who require an Appeal based on specialized circumstances, like innocent spouse relief, Trust Fund Recovery Penalty, or penalties imposed by the compliance divisions, the IRS provides this via specialized examination programs.

Mediation programs are akin to a casual chat, providing support and guidance during Appeals. While it sounds intimidating – and it may be, depending on your situation – mediation is intended to provide a safe, neutral atmosphere in which an Appeals Officer guides a resolution between a taxpayer and the IRS compliance function. Mediation can be used for current cases in Appeals as well as issues that the Appeals process could not resolve to the satisfaction of one or both parties, or after an unsuccessful closing agreement or OIC.

How to Prepare a Protest

Ready to take on the IRS? Luckily, the IRS graciously provides all of the information needed to do so.

Every appeal submitted to the IRS should include:

When in doubt, err on the side of caution: too much information is better than not enough. The last thing any taxpayer wants is to go into an Appeals process unprepared.

Once the IRS has received the request for Appeals and is prepared to move forward, an Appeals conference will be scheduled. These informal meetings are intended to discuss the situation at hand and do not require a formal oath. Taxpayers generally meet with an Appeals Officer in person, but these meetings can be undertaken via the phone or through an authorized representative, like an accountant or tax lawyer. Audio and stenographic recordings are permitted if requested. Best practices suggest preparing a PowerPoint presentation for use in the conference.

During an Appeals conference, the Appeals Officer will listen to and carefully consider any reason a taxpayer has for disagreeing, unless the disagreement occurs on moral, political, religious, or constitutional grounds. IRS examination functions are sometimes invited to sit in on these meetings. Appeals Officers are permitted to consider and, if reasonable, accept proposals for specific dollar settlements, essentially approximating the amount of tax that could be expected under the taxpayer’s arguments.

Appeals conferences generally reflect one of two events: the probable result of litigation, should the case go to trial, or mutual concessions determined for the purpose of settling the case based on the relative strengths of opinions put forward. After a determination is reached, the Appeals Office will memorialize the settlement on the appropriate IRS agreement form.

To Appeal or Not to Appeal

The IRS does not like being told that it is wrong, but there are comprehensive processes in place should this occur. If you believe you have a valid reason to argue with an IRS conclusion, there is no harm in doing so – in a worst-case scenario, the strongest response the IRS can effectively give is to tell you no, putting you right back where you started.