Al Capone, the American gangster who was convicted of tax evasion, was one of the most notorious mob figures of the twentieth century. He was a captivating figure who infatuated the American public. Ever since his death, Capone’s personality and character have been used in fiction — both on camera and on the stage — as a model for crime lords and criminal masterminds to emulate. 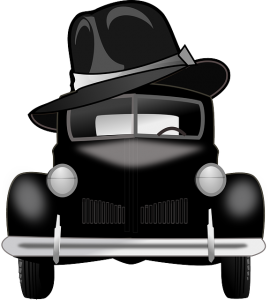 Known by the nickname “Scarface,” Capone attained notoriety during the Prohibition era as the co-founder and boss of the Chicago Outfit. His seven-year reign as crime boss ended at the tender age of 33.

Capone’s early adulthood was far from ordinary. He was born in New York City, to Italian immigrants. Capone’s first rendez-vous with organized crime began as a member of the Five Points Gang where he was tapped for the role of “bouncer” in organized crime establishments such as brothels. While in his early twenties, Capone relocated to Chicago where he became a bodyguard and trusted confidante for Johnny Torrio, head of a criminal syndicate that illegally supplied alcohol. A conflict with the North Side Gang paved the way for Capone’s rise and eventual fall. Johnny Torrio retired after a failed assassination attempt, handing over the reigns to Capone. As new “boss,” Capone expanded the bootlegging operation through non-conventional means using strong-armed tactics. Fortunately, Capone’s mutually profitable relationships with mayor William Hale Thompson and the city’s police insulated him from law enforcement.

Not one to pass up publicity, Capone loved being in the spotlight, reveling in the cheers he received from spectators at ball games. He made donations to various charities and was viewed by many as a “modern-day Robin Hood.” However, the praise and adoration heaped upon “Robin Hood” would soon plummet with the Saint Valentine’s Day Massacre, in which seven gang rivals were murdered in broad daylight. This singular event eventually led to Capone’s demise, shattering his reputation in the public eye and leading influential members of the public to demand government action and newspapers to dub Capone, “Public Enemy No. 1.”

The federal authorities became intent on putting Capone behind bars and eventually prosecuted him in 1931 for tax evasion in addition to a slew of other violations (including a violation of the Volstead Act (Prohibition)) at the Chicago Federal Building in the courtroom of Judge James Herbert Wilkerson. The indictment against Capone came about as the result of an IRS special investigation undertaken by Frank J. Wilson which focused exclusively on Capone’s spending. The smoking gun was a letter from Capone’s lawyer prior to the initiation of any investigation conceding his client’s large taxable income for certain years. As the story has it, during negotiations with federal authorities to resolve a tax dispute, Capone admitted to underreporting $ 100,000 of gross income in tax years 1928 and 1929 through his attorney and generously offered to pay it.

Ironically enough, just four years earlier, the Supreme Court of the United States ruled in United States v. Sullivan that illegally earned income was subject to income tax. The Reader’s Digest Version of this case is that Justice Oliver Wendell Holmes Jr. rejected the argument that the Fifth Amendment protected criminals from reporting illegal income. This was not lost on Mr. Wilson, who pursued the investigation vigorously.

This case was one of the most highly publicized cases of the ’30s and ninety years later is a fascinating study when it comes to the tax crimes and the law of evidence. U. S. Attorney George E. Q. Johnson agreed to a deal that he hoped might result in the judge giving Capone a couple of years in prison, but Judge Wilkerson struck it down with righteous indignation. Having been aware of the deal all along, he saw right through it, recognizing that it amounted to nothing more than a reduced sentence for a criminal who had managed to circumvent earlier brushes with the criminal justice system. On the second day of the trial, Judge Wilkerson overruled objections that a lawyer could not confess for his client, saying that anyone making a statement to the government did so at his own risk. Wilkerson ruled that the 1930 letter from Capone’s lawyer to federal authorities could be admitted into evidence.

What did this mean for Capone? Evidence that Capone admitted that he failed to report gross income and failed to pay taxes during earlier negotiations with the government was admissible at trial for the jury to consider. Much was later made of other evidence, such as witnesses and ledgers, but these only implied Capone’s control rather than concretely proving it. The ledgers were inadmissible on grounds of statute of limitations, but Capone’s lawyers surprisingly failed to make the necessary objection. Instead, they ran with the defense of gambling losses which did not even put a dent in the government’s case-in-chief. Judge Wilkerson allowed Capone’s spending to be presented at great length. There was no doubt that Capone spent vast sums but, legally speaking, the case against him centered on the size of his income.

The rest is history. On October 17, Capone was convicted and one week later, sentenced to 11 years in federal prison. Talk about swift justice! He was fined $50,000 plus $7,692 for court costs, and was held liable for $215,000 plus interest due on his back taxes. The contempt of court sentence was served concurrently. A little known side-story emerged in the aftermath of Capone’s conviction. Not one to go down without a fight, Capone fired his defense team and replaced them with defense attorneys who specialized in tax law, a decision that he should have made from the “get go.” These Washington-based tax experts filed a writ of habeas corpus based on a Supreme Court ruling that tax evasion was not fraud. If successful, this meant that Capone would have been convicted on charges relating to years that were outside the time limit for prosecution.

While this was a clever argument, it was too little to late. The appellate judge denied the appeal of not only Capone’s conviction but also his sentence, interpreting the law in such a way that the time that Capone had spent in Miami was subtracted from the age of the offenses.

Whichever way you look at it, Capone’s story had a sad ending. Just a few years into his decade-long prison sentence, he began to show signs of dementia and became increasingly debilitated before being released on parole. Capone had been incarcerated for nearly eight years. On January 25, 1947, Capone died of cardiac arrest after suffering a stroke.