Form 5471 is triggered in situations where a “U.S. Person” owns an interest in a “foreign” (non-U.S.) corporation. The specific reporting requirements for Form 5471 are found in Internal Revenue Code Sections 6038 and 6046. Broadly speaking, the purpose of Form 5471 is to identify “U.S. Persons” who: 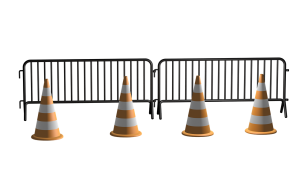 Form 5471 allocates the income of the “non-U.S. corporation” directly to the individual U.S. shareholder. This is collectively referred to as the “Subpart F Income Regime,” the nuances of which can be found in Internal Revenue Code Section 951.

Form 5471 exists regardless of whether the taxpayer must file a U.S. tax return or not. Conversely, a taxpayer may find himself in the unfortunate position of having to file an income tax return (i.e., 1040 or 1040NR) as a result of having to file Form 5471. This is why Form 5471 can be a thorn in the side of the unwary taxpayer because it has the potential to creep up on taxpayers in the eleventh hour and stir up a tax tsunami the likes of which have never been seen.

Suffice it to say, watch out for the “attribution rules” in Internal Revenue Code S. 318. You may own more shares of that “foreign corporation” than you think!