OVDP Sunsetting on September 28 – New Procedures On The Horizon

On September 4, 2018, the Internal Revenue Service (IRS) reminded taxpayers that they have until September 28, 2018 to apply for the Offshore Voluntary Disclosure Program (OVDP). Back in March, the IRS announced that it would be discontinuing the program on September 28, 2018. This does not mean that the IRS is going to discontinue pursuing taxpayers with undisclosed offshore accounts. The IRS has said, in no uncertain terms, that it will continue to hold the feet of taxpayers with undisclosed foreign assets to the fire even after the program ends. 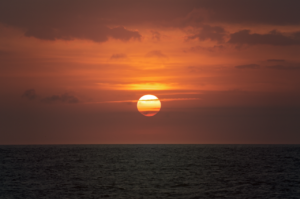 The September 4 statement contained lots of juicy bits of information. The one that I found most interesting is that the IRS said it “will maintain a pathway for taxpayers who may have committed criminal acts to voluntarily disclose their past actions and come into compliance with the tax system. Updated procedures will be announced soon.”

This means that the IRS intends to continue some type of “pathway” for taxpayers who have not yet entered OVDP and who will miss the deadline. What that will look like remains to be seen.

This speaks to how the IRS has accumulated a veritable treasure trove of information from OVDP that it has yet to review and how this information is expected to generate leads in ferreting out taxpayers that have intentionally violated the tax laws. The source of this information is none other than financial institutions that joined the Swiss Non-Prosecution program in addition to information obtained through the Foreign Account Tax Compliance Act (FATCA).

For those who are unfamiliar with FATCA, it was passed back in 2010. FATCA was the culmination of a three-year campaign by Washington to combat offshore tax evasion. It has its genesis in a 2009 settlement with UBS AG where the Swiss bank agreed to turn over to the U.S. the names of more than 4,000 U.S. taxpayers with hidden offshore accounts.

FATCA was loaded to the hilt with various tax provisions, including Code Sec. 6038D. That provision requires both U.S. citizens and foreigners living in the U.S. to make extensive disclosures about their offshore holdings on Form 8938 or face stiff penalties. Foreign financial institutions also must report more detailed information on income earned by their U.S. account holders, or face possible U.S. tax penalties.

FATCA gets its teeth from two provisions:

There are two forms of exchange: a Model 1 IGA and a Model 2 IGA.

Any bank (or bank representative) that revealed the details of a client’s account to a foreign taxing authority could be charged with breaking Swiss bank secrecy laws, be prosecuted, and if convicted, sent to prison.

Here is how a Model 2 Agreement operates. The Foreign Financial Institution (FFI) must provide the IRS with “nameless aggregates,” no questions asked. Aggregate reporting refers to the aggregate number of “non-consenting U.S. accounts” – along with their total value – that are held by the foreign bank. Such information must be reported to the U.S. government, without disclosing the identity of the respective clients.

The FFI must identify all U.S. accountholders whose account information is contained within the aggregate information reported. It must then notify the respective accountholders and obtain their consent before disclosing their complete information (i.e., taxpayer identification number (TIN), name, address and date of birth) to the IRS. This notice is called a “declaration of consent,” and lists the “parade of horribles” that a U.S. accountholder can expect to face if he does not consent.

What happens next is nothing short of gamesmanship. Some U.S. accountholders will consent. Others will give their foreign bank the “Italian Salute” and tell them where to go. Those accountholders who refuse to consent are referred to by the IRS in the not-so-flattering term as “recalcitrant accountholders.”

Upon receipt of such a demand, the FFI must provide “complete information on all recalcitrant accountholders” to its “respective government for exchange with the IRS.” Note that in dealing with recalcitrant accountholders, the exchange of information is not made directly from the FFI to the IRS. Instead, the exchange is made from the FFI to its foreign government.

The foreign government, in turn, “has six months to provide the requested information [to the U.S. government], in the same format as it would have been reported if the FFI had reported directly to the IRS.” However, the taxpayer has the right to challenge the group request in Swiss court, albeit against unspeakable odds.

To summarize a Model 1 IGA, it contemplates a “direct” and “automatic” exchange of information between taxing authorities. A simple way of viewing automatic exchange is as a box full of confidential documents that is covered in wrapping paper, adorned with a bow, and delivered directly to the IRS’s doorstep, complements of the Swiss taxing authority.

In addition to FATCA, a new IRS Chief of Criminal Investigation (CI) was appointed last June and he means business. His name is Don Fort and he has quickly made a name for himself as a no nonsense law enforcement officer who aggressively uses data mining in criminal tax investigations. There is no better proof of that than the establishment of a Nationally Coordinated Investigations Unit (NCIU) in CI which was established shortly after Mr. Fort’s appointment and which has international tax enforcement as its top priority.

OVDP: Getting In In the Nick of Time

The IRS announcement is vague about exactly what must be done by September 28 to join the OVDP. However, I got some clarification about this after speaking to an IRS representative last week. As discussed in a prior blog, because it is so late, any taxpayer wishing to join OVDP must bypass the pre-clearance stage and immediately proceed to submitting an OVDP letter and attachment. According to the representative, so long as the OVDP letter and attachment are post-marked by September 28, 2018, the taxpayer will be deemed to have made it in in the nick of time.

How about the streamlined procedures? Is that closing too?

The IRS also stated that “[a] separate program, the Streamlined Filing Compliance Procedures, for taxpayers who overlooked their filing obligations has helped about 65,000 additional taxpayers come into compliance. These streamlined procedures will continue to be available for now, but as with OVDP, the IRS has said it may end this program too at some point.”  (Emphasis mine).

Since the OVDP’s launch in 2009, more than 56,000 taxpayers with unreported foreign accounts have used the program to come into compliance. These taxpayers have paid a total of $11.1 billion in back taxes, interest and penalties.

The number of voluntary disclosures under OVDP hit an all-time “high” in 2011, when approximately 18,000 people came forward. However, the number decreased dramatically after that, falling to an all-time low of 600 disclosures in 2017.

FATCA and the ongoing efforts of the IRS and the Department of Justice have succeeded in raising awareness of U.S. tax and information reporting obligations related to undisclosed foreign financial assets.

Taxpayers who made non-willful mistakes or omissions on their tax returns might be suitable candidates for the streamlined procedures or perhaps, even a quiet disclosure. A quiet disclosure consists of filing delinquent FBARs, amended 1040s, and a reasonable cause letter in support of mitigation of penalties.

If you find yourself in the uncomfortable position of owning unreported foreign accounts, I recommend seeking advice from a seasoned tax professional as soon as possible. A risk assessment will help you to identify which options will set you on the straight and narrow path to full compliance with your international reporting obligations, not to mention a better night’s sleep.