A new willful FBAR penalty case is getting way in the Southern District of New York. And from the looks of it, the taxpayer appears to have an uphill battle. 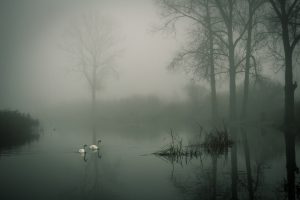 In United States v. Gentges (USDC SDNY Dkt. 7:18-cv-07910), the Government filed suit to collect a “willful” FBAR penalty from a New York resident for a single tax year – tax year 2007 – in an amount just shy of $ 1,000,0000 (USD). The case arises from a taxpayer, Mr. Gentges, who owned two Swiss bank accounts at UBS and who failed to report both accounts on an FBAR. But this was just the tip of the iceberg as you’ll soon see. For those interested in reading the government complaint, it can be found here.

The complaint alleges that the UBS accounts were established in 2001 as “numbered” accounts, as opposed to a “name” account. As a way of background information, the classic numbered account is legendary in pop culture, making it a story element in countless film noires. You know the one I’m talking about. A spy from right out of the pages of a “James Bond” thriller struts into a Swiss bank, hands over a note with some writing on it, and passes it to his private banker in exchange for a briefcase full of cold, hard cash.

In some cases, the money is “dirty,” and the spy is attempting to conceal its illegal source from government authorities. In others, the money is “clean,” but the spy seeks to hide it from government authorities in order to avoid having to pay taxes on it. Either way, the intrigue and suspense that this storyline creates is enough to keep moviegoers on the edges of their seats.

While this might contain all of the ingredients of a Hollywood blockbuster, there are certain aspects of this pulp fiction that do not stray too far from reality. For example, numbered accounts do offer increased privacy. In the usual case, a customer’s name, address, and signature are provided in the account opening agreement. But only the account number is entered in the general bank system. The numbered account is then assigned to an individual account manager for personal handling. The file containing the customer’s name is maintained separately from the numbered account, with only key personnel having access to it. As owners of anonymous bank accounts have grown accustomed to expect, depositing and withdrawing money is based upon an agreed form of communication between the account manager and the customer.

The reason why there is a presumption of illicit activity when a taxpayer opens up a numbered account is obvious: it conceals the identity of the true owner, thereby protecting it from IRS detection by allowing the taxpayer to withhold from reporting it and to withhold from reporting taxes on the interest generated by it — often times with impunity.

Another way that anonymous accounts have caught the ire of government officials is not so obvious but just as prevalent: their illicit use in money laundering. How might a criminal use an anonymous account as a vehicle to launder the proceeds of his ill-gotten gain? First, he might deposit his ill-gotten gain into a numbered account through a wire transfer from another bank. Because the numbered account is anonymous, the criminal has the piece of mind of knowing that there will be few, if any, inquiries into where the funds originated from. Second, when he wishes to use the funds, he need only transfer them to an account in his name in a large onshore jurisdiction, such as the United States.

By filtering the criminal proceeds through these anonymous accounts, onshore banks may never discover the source of the funds. Requests for information by other jurisdictions will fall on deaf ears. In other words, they’ll either be declined because the information is not available or because of laws protecting financial secrecy.

Circling back to Mr. Gentges, he conveniently told UBS to refrain from investing in U.S. securities, but the proverbial “nail in the coffin” that is sure to become the government’s smoking gun in this litigation and Mr. Gentges fateful demise is his signature on a UBS document instructing the bank as follows: “I would like to avoid disclosure of my identity to the US Internal Revenue Service under the new tax regulations. To this end, I declare that I expressly agree that my account shall be frozen for all investments in US securities….”

In September 2008, pursuant to their obligations under FATCA, UBS personnel informed Mr. Gentges that he must either file an IRS form W-9 or close his UBS accounts by the end of the year. While common sense might have dictated filing an IRS form W-9 and making an offshore voluntary disclosure submission, such was not the case with Mr. Gentges. Here, I’m reminded of the famous quote by French philosopher Voltaire, “Common sense is not so common.” In a move that would later come back to haunt him just as the ghost of Hamlet’s father came back to reveal to Hamlet how he was poisoned and murdered by his brother, Claudius (the new King of Denmark) and to ask Hamlet to avenge his death, Mr. Gentges tied a bow and a ribbon on what was already an airtight willful FBAR case: he instructed UBS to transfer assets from his UBS accounts to another Swiss bank, Migros Bank. Unfortunately for Mr. Gentges, these instructions were given in the wake of DOJ press releases and media coverage reporting that UBS had agreed to participate in FATCA.

When FATCA began to chip away at the remaining vestiges of bank secrecy in Switzerland, Mr. Gentges panicked. Realizing that he was between a rock and a hard place, Mr. Gentges applied for the offshore voluntary disclosure program in June 2010. In September 2011, Mr. Gentges filed delinquent FBARs which included both of the numbered accounts. In addition, his representative signed the necessary consent forms for extending the statute of limitations for assessing FBAR penalties as is required under the terms and conditions of OVDP.

In 2013, for some unknown but foolhardy reason, Mr. Gentges opted out of the voluntary disclosure program. This is a jaw-dropping development as the facts in this case are egregious. Giving Mr. Gentges the benefit of the doubt, he could have been acting on advice given by his tax representative but one will never know.

And this brings us to the present moment where Mr. Gentges finds himself standing before a federal judge in a federal courtroom in the southern district of New York. In a move that was not at all surprising, the IRS assessed penalties totaling $903,853.00 against Mr. Gentges for 2007 for his willful failure to reports his two UBS accounts on an FBAR.

Based on these facts, it appears as though the IRS has a “slam dunk” case and that the odds are stacked against Mr. Gentges. Stay tuned.