FATCA Back in the News

That pestilent FATCA law is back in the news again. Back on July 9, 2018, the Treasury Inspector General for Tax Administration (TIGTA) issued a report (July TIGTA Report) highlighting the IRS’ shortcomings in enforcing FATCA. For those unfamiliar with FATCA, it stands for “Foreign Account Tax Compliance Act.” Sometimes referred to derisively by the nickname “Fat Cat,” FATCA was the culmination of a three-year campaign by Washington to combat offshore tax evasion. It has its genesis in a 2009 settlement with UBS AG where the Swiss bank agreed to turn over to the U.S. the names of more than 4,000 U.S. taxpayers with hidden offshore accounts. 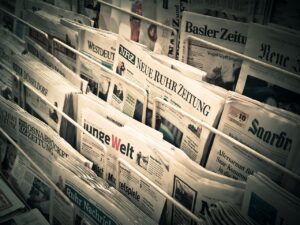 FATCA was loaded to the hilt with various tax provisions, including Code Sec. 6038D. The latter provision requires both U.S. citizens and foreigners living in the U.S. to make extensive disclosures about their offshore holdings on Form 8938 or face stiff penalties. Foreign financial institutions also must report more detailed information on income earned by their U.S. account holders, or face possible U.S. tax penalties.

This is not the first time that TIGTA has published a report highly critical of the IRS in its offshore enforcement. Back on September 11, 2017, TIGTA issued a report revealing how the IRS his falling short of maximizing the full potential of information that it has received from foreign countries, not the least of which includes bulk data resulting from the automatic exchange of information. TIGTA called the IRS out, essentially equating all of the IRS’ boasting on the wealth of information it has gathered on offshore accounts and assets as “hot air,” even going so far as to criticize its data sharing capabilities with foreign governments. TIGTA’s July Report is yet another bomb shell for the IRS.

Below are some critical points brought to light by the July TIGTA Report:

Despite spending nearly $380 million in its FATCA efforts, the IRS has taken “limited or no action” on a majority of the planned activities enunciated in the FATCA Compliance Roadmap. As a way of background information, the underlying goal of the IRS Roadmap is to strategically implement compliance planning activities involving FATCA data and to provide a baseline for future compliance planning and implementation activities.  Of the 31 activities listed in the Roadmap, the IRS has only taken action on 24. However, for 16 of those 24 activities, TIGTA was quick to point out that action was either limited or in the early stages of development. In addition, it found staggering delays of up to two years in implementing 20 of the 24 activities, 10 of which are still not fully implemented as of today’s date. On six of the 31 activities, the IRS has yet to even take any action and TIGTA identified delays for those six activities of up to two years and counting.

As disturbing as these lackluster statistics might be, what’s worse is that the IRS has spent well over $200 million on IT costs over the past few years.

One of the critical FATCA provisions requires participating FFIs to file Form 8966, FATCA Report, annually with the IRS. Information required to be reported on this form includes the name, address, and Taxpayer Identification Number (TIN) of each account-holder who is a specified U.S. person; the account number; the account balance or value; and the gross receipts and gross withdrawals or payments from the account. The IRS began accepting Forms 8966 in January 2015.

For the two-year period marked 2015-2017, 8.7 million new records were included in files submitted by FFIs to the IRS. Of these, however, more than 4.3 million did not include (or included invalid) taxpayer identification numbers (TIN). As a result, the form was rejected. As of 2017, nearly one third of all Forms 8966 filed were rejected.

The IRS did not fair much better on the Form 8938 front. The absence of TINs or invalid TINs reported by FFIs severely hampered the IRS’s efforts to match FFI and individual taxpayer data, making it all but impossible for the IRS to identify and enforce FATCA requirements for individual taxpayers. In other words, FATCA has virtually no teeth.

To add insult to injury, the IRS was criticized as being too casual when it came to enforcing withholding agent compliance with the FATCA until after TIGTA provided feedback. Recall that non-compliant foreign financial institutions face a mandatory 30% withholding on payments from U.S.-based financial institutions. This is hypocritical in light of the fact that the IRS enforces its eligibility policy for voluntary disclosure as rigidly as strict constructionists interpret the Constitution — disclose your foreign assets before we discover them otherwise you are ineligible to participate.

TIGTA made six recommendations to the IRS. They are as follows:

2) initiate compliance efforts to address taxpayers who did not file a Form 8938 but who were reported on a Form 8966 filed by an FFI;

5) expand compliance efforts to address and correct the invalid TINs on all Form 1042-S filings by non-IGA FFIs and Model 2 IGA FFIs; and

The IRS agreed to four of the six recommendations, committing to:

1) establishing follow-up procedures and initiating action on error notices with the FFIs;

2) continuing efforts to systemically match Form 8966 and Form 8938 data to identify nonfilers and underreporting related to U.S. holders of foreign accounts and to the FFIs;

3) informing taxpayers how to obtain global intermediary numbers; and

The IRS parted ways with TIGTA on its’ recommendation that the IRS correct missing or invalid TINs in jurisdictions that don’t have an agreement in place with the United States. The IRS’ rationale for doing so is that it would be too onerous financially, since every TIN would have to be individually reviewed when an FFI submits a Form 8966.

What Does This Mean for the Average “Joe” with Unreported Foreign Assets?

FATCA has been in effect for eight years and doesn’t appear to be going away. The law is so complex and so confusing that it befuddles event he experts, causing many a tax professional to call it a “riddle, wrapped in a mystery, inside an enigma.” It should come as no surprise that FFIs are having fits trying to implement it.

It is worth noting that the backlash against FATCA was so great that it spawned a movement to challenge the constitutionality of the law. The lawsuit, filed in an Ohio federal court, contained some pretty good arguments. For example, the lawsuit maintained that the high penalties, as well as the rather arbitrary nature of these penalties, along with mandatory withholding and a few other provisions violated the excessive fines clause of the Eighth Amendment.

Other plaintiffs that joined in the lawsuit argued that FATCA had denied them access to banking and financial services in foreign countries, because these institutions wanted nothing to do with U.S. expats and their political baggage. Expats have been complaining about this issue for years. Can someone say, “discrimination?”

Unfortunately, the Ohio court dismissed the lawsuit. Undeterred, the plaintiffs appealed to the Sixth Circuit Court of Appeals, but the Sixth Circuit in in Crawford v. United States Department of the Treasury, 868 F.3d 438 (6th Cir. 2017) affirmed the ruling of the Ohio court on the basis that the taxpayers “lacked standing” to challenge the constitutionality of the law.

Finally, on April 2, 2018, this saga came to an end, when the United States Supreme Court denied certiorari to review the ruling of the United States Court of Appeals for the Sixth Circuit. In refusing to hear the case, the U.S. Supreme Court essentially put its stamp of approval on the district court’s ruling that denied the plaintiffs’ claims. The Court did not provide any reasons or explain why, which is customary when it denies a writ of certiorari.

The legal precedent created by this case is a major setback to the anti-FATCA movement, not to mention taxpayers with unreported foreign assets. Implicit in the U.S. Supreme Court denying writ is the notion that courts will continue to uphold FATCA and its reporting requirements. In other words, FATCA is here to stay.

What does this mean for taxpayers with unreported foreign assets? In light of the current economic and political climate, the best advice is to get right with the IRS sooner rather than later. Because the stakes could not be any higher, it is best to seek advice from a seasoned tax professional before taking matters into your own hands.