There’s no denying the will of the government. In the U.S., what the government says effectively goes, and if you don’t like it – well, that’s too bad. And nowhere is this truer than it is in the case of willful FBAR penalties. Imposed as a way to enforce foreign account reporting for American citizens both domestic and abroad who hold overseas accounts with a value in excess of $10,000, failing to properly prepare FBAR filings can be a significant and expensive problem. 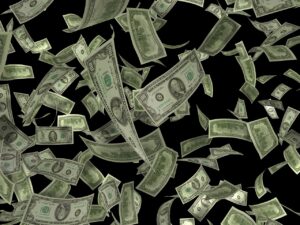 While this requirement is seemingly innocuous, the government doesn’t see it as such. When a filing falls by the wayside, whether intentionally or unintentionally, the penalties can be steep and there’s little mercy for those who don’t stick to the rules. As cases like Kimble v. United States indicate, the government is not interested in showing signs of leniency.

Have a foreign bank account that exceeds the $10,000 minimum? You’ll need to file FinCEN Form 114, Report of Foreign Bank and Financial Accounts, also known as FBAR, with the Department of the Treasury on or before April 15th of the following year, the same deadline that corresponds with income tax returns. If this deadline is missed, an automatic extension until October 15th is granted.

The legwork of filing an FBAR doesn’t take much time or effort, so many account holders are shocked by the strict penalties that accompany a late, missing, or incorrect submission. These are often far worse than the small amounts of interest or minor fees charged for mistakes in a tax return; somewhat incongruously, ignoring your FBAR obligations can land you in extremely hot water. The penalties for failing to file or incorrectly filing include:

Think these penalties won’t be imposed, or are simply a worst-case scenario reserved for serious infringements? Think again.

In 2007, the defendant, Alice Kimble, failed to file the proper FBAR paperwork, neglecting to inform the U.S. government of her substantial offshore holdings: $1,500,000 in a Swiss bank account and $144,000 in a French account. In response, Ms. Kimble was hit with a willful violation penalty of $697,229, which she paid in full. However, Ms. Kimble was not pleased with the government’s punitive response and subsequently argued that her failure to file was not a result of her intentional neglect of the law but rather simple ignorance, leading to a suit she filed on March 24, 2017. The facts, however, tell a different story.

By her own admission, Ms. Kimble intended to keep her Swiss assets a complete secret from everyone, presumably including the U.S. government. The account, which she inherited from her parents, was shared with her only on the grounds that she kept its existence confidential, as the purpose of the account was to provide funds should the family need to escape persecution at the hands of the government. She added her son, David, to this account as well, but communicated the secret nature of the account to him, instructing him not to share the presence of the account with anyone. Further, she did not check the box on Schedule B referring to foreign bank accounts, essentially declaring on her 2007 income tax return that she did not “have an interest in or a signature or other authority over a financial account in a foreign country,” a claim that was blatantly untrue.

While this evidence is quite damning, the communications with UBS bank are also indicative of a willful violation. Ms. Kimble was an active participant in the account’s management, indicating that she was clearly aware of the contents of her accounts. Further, she didn’t keep this account in her name, instead using a number to better obscure her connection to her overseas assets. She also intentionally chose not to invest in U.S. securities to avoid reporting of gains, losses, interest, or dividends to the IRS. In addition, her accountant was not notified, resulting in understated income on her tax returns.

In an even more condemning move, Ms. Kimble applied for the Offshore Voluntary Disclosure Program in 2008, when she learned that UBS was under pressure to disclose its connections to American clients. While she was content with making amends for the underpayments on her taxes, Ms. Kimble balked at the proposed Miscellaneous Offshore Penalty of $377,309 and chose to withdraw from OVDP. After opting out, the IRS began its audit, resulting in the case in question.

Armed with this support, the court was able to demonstrate that Ms. Kimble was in willful violation because she:

Ms. Kimble realized that she had no ground in arguing her willful disregard for the law, so she switched gears and instead argued that the government’s punishment – more specifically, the amount of the penalty – was “arbitrary and capricious,” but this argument was shut down, too. The sanctions imposed follow the guidelines outlined in the Internal Revenue Manual; Ms. Kimble was not fined an amount abnormal for a willful FBAR violation. As such, her appeal was denied and the logic applied in United States v. Colliot, an earlier case determined using an outdated statute regarding FBAR penalties, was disregarded.

The Implications of the Kimble Case

While the outcome of this case is quite clear, the value here truly lies with the expanded definition of the idea of willfulness. While the word has a clear meaning in English, it wasn’t defined in the laws surrounding the establishment of foreign account reporting. Prior cases have added more support to the concept of a willful violation, but this particular case argued that “reckless disregard of a statutory duty” falls into the willful category, further developing what sort of action can be decreed as a willful violation.

So, what does this mean? In essence, by continuing to claim legal victories in cases of demonstrated willfulness, the IRS is laying the groundwork for a further ability to punish those who do not follow filing requirements to the letter of the law. While Ms. Kimble was clearly willfully ignoring her obligations, this logic will in all likelihood be applied to a case in the future that is far grayer than it is black and white.

Kimble is not the only recent FBAR-related case to make it to court in the past several years. United States v. Marika Katholos, a similar legal proceeding, is still underway, with the final outcome yet unclear.

Marika Katholos is a dual citizen of the United States and Greece whom, at the time this proceeding went to court, was living in Greece. However, regardless of where Ms. Katholos lives, works, or spends time, she is required to report all income and the presence of offshore accounts to the U.S. government. Prior to taking legal action, these obligations had not been satisfactorily fulfilled – in the eyes of the government, at least.

Ms. Katholos ‘ information became available to the IRS via a John Doe summons used to extract information about U.S. customers utilizing services offered by UBS Bank. UBS, which has been embroiled in a legal battle since 2008 over its actions involving courting wealthy Americans and setting up offshore entities to facilitate the obfuscation of assets, complied with the summons, resulting in the government’s discovery of numerous previously-hidden accounts. Through this process, the U.S. learned about Ms. Katholos‘ family foundation account, domiciled in Lichtenstein, as well as a company based in Hong Kong.

After finding out about Ms. Katholos‘ accounts, the IRS took action, launching an investigation into the reality of the situation. The IRS agent assigned to the case found that Ms. Katholos didn’t file taxes in the U.S. – as a housewife, she had no occupational income to report – for all years, but did comply in years in which her investments or her family’s business met filing requirements. She used a CPA, Mr. Koelemeyer, who testified that he was not informed of any foreign accounts nor was he provided proof of income to report until 2008. For 2008 and 2009, her attorney filed the required FBAR paperwork, but the status of her accounts in 2007 – the year the IRS was investigating – went unreported. Further, her tax filings did not take associated income into account, resulting in an underpayment. In 2015, the IRS imposed a willful FBAR penalty in the amount of $4,474,320.29.

In a completely unsurprising move, Ms. Katholos was none too pleased with this assessment and promptly filed a response with the court. In this response, she asserts that the court failed to establish any basis for a willful FBAR violation because there is no proof that she knew about the FBAR requirement in 2007. Her support for this claim is as follows:

In addition to these claims, the response asserted that the IRS’ deadline to assess a penalty expired by June 30, 2014, yet the penalty in question was assessed in 2015. She also makes the claim that the entirety of the account does not belong to her and instead the assets held within belong in large part to her husband – a non-U.S. national who is thus exempt from FBAR reporting.

Ms. Katholos‘ response to United States v. Marika Katholos was filed in August of 2017 and thus far, the IRS has not responded. They are likely to do so at some point, but until the case proceeds, the plaintiff and defendant alike are left in limbo, waiting for answers. While it’s probable that the IRS will continue pursuing an aggressive defense, no one yet knows how events will unfold.

In prior cases, including Kimble v. United States, the IRS had a clear-cut defense, arguing significant evidence related to willful decisions as opposed to simple ignorance. However, the circumstances in United States v. Marika Katholos are far murkier. While the government may argue otherwise, Ms. Katholos has been a resident of Greece since 1994, the accounts were originally her father’s, and she may very well have truly not known there was a filing requirement associated with foreign accounts with a balance of over $10,000.

Unlike Alice Kimble, who took an approach of extreme secrecy that was well-documented, Ms. Katholos‘ history does not suggest a desire to evade the law. While her tax knowledge was clearly lacking, she did file returns in the years she had U.S. income – an incorrect procedure, but an action that clearly followed some sort of location-based logic – and she prepared FBARs in the years following 2007. She does not dispute the appropriate nature of a non-willful penalty as she is willing to accept that she was negligent in her filing choices; she simply argues that her actions were not willful. While this could all be a ruse, it’s equally possible that Ms. Katholos is a victim of ignorance and poor timing.

While the outcome of the Katholos case has yet to be determined, legal precedent in past cases is quite clear: if there is evidence of willful negligence in filing, the government will find out, and penalties will be administered accordingly. Taxpayers who don’t take action soon, particularly with the rapidly approaching end of the OVDP program, may find themselves in a world of hurt – one that the government is promoting more aggressively than ever. If the government’s case stands in United States v. Marika Katholos, this message becomes even clearer, and the future doesn’t look so good for Americans unwilling to follow the rules.